Alert, Alert, Alert!
People wake up! Please write your elected representatives and let them know something should be done about the over use of czars; appointed with little or no vetting system or any input from Congress.

The man President Obama has chosen to be his science czar once advocated a shocking approach to the "population crisis" feared by scientists at the time: namely, compulsory abortions in the U.S. and a "Planetary Regime" with the power to enforce human reproduction restrictions.

"There exists ample authority under which population growth could be regulated," wrote Obama appointee John Holdren, as reported by FrontPage Magazine. "It has been concluded that compulsory population-control laws, even including laws requiring compulsory abortion, could be sustained under the existing Constitution if the population crisis became sufficiently severe to endanger the society."

"Liberal" has become a dirty word in the United States. It has so become because people with a dirty philosophy use it to describe themselves, and our media reinforce them.

Make a list of their positions on all the issues facing our society. Then look around for a group with identical positions on the same issues. They are there.

Compare these positions with those of the great Twentieth Century fascists; you'll find a 100 percent correlation between the positions of the two groups.

Most carefully skirt the race issue. Some, like John Holdren, are Nazis. Indeed Obama qualifies for that title, as he certainly is an anti-white racist.

Let us take the sheep's clothing name of "Liberal" from these people and name them what they are. That is, fascists and Nazis.

THIS IS WHO I AM

Sandy22
Utah, United States
I am a retired grandmother who lost her husband of 42 years in 2010, to cancer. I relocated from Ventura, CA to a community near Salt Lake City, Utah to be with my son, daughter-in-law and two granddaughters. I am a believer in Jeshua our Lord and in the true Saturday Sabbath as our worship day. I am learning more and more about what our role is here on Earth as well as what it will be when Yeshua returns. I love to study our Lord, crochet, watercolors, and writing.poetry. I would love to hear from others who share my interest; come visit and share your interests with me. Let''s talk.


The American people came out on July 4 to protest high taxes and run-a-way government spending. From 11:00 till 2:00 p.m., citizens of Ventura, CA came out to show their support for less taxes and less government interference. As a spectator and one who attended the first Ventura Tea Party, I would say we doubled the turnout of patriots.

All across the country the signs, flags and banners that were carried at the tea parties showed the position that the American people are taking toward its government. They are mad and they are not going to take it anymore! 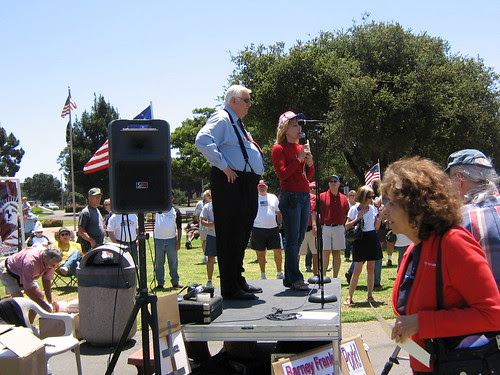 THEY GET YOU THINKING!

A GRANDMOTHER'S POINT OF VIEW 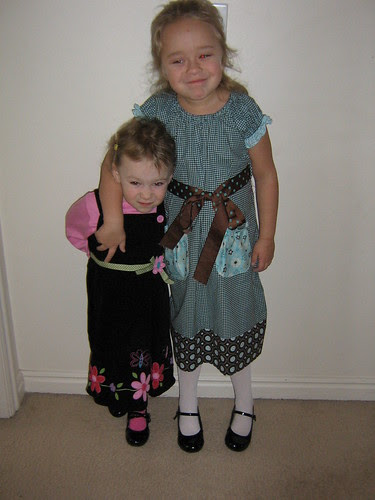 I can remember a time when writing and receiving letters was exciting. And, if we look back into history, it was an art. Good penmanship was a part of one's character. When did we stop communicating with flair? Or did we always have it, and because we are basically lazy creatures, the Internet has encouraged it to emerge up out of us.

I believe we have always had it. I have recently discovered lenses. I found Squidoo. It allows you to be creative utilizing your writing on topics or field of interest you love. You can be creative, show your style, put in some pictures and, if that is not enough, maybe generate a little money as well. So, I invite you to check out one of my lenses at www.squidoo.com/thingsloved.
May 21, 2008
I wonder if most of you know what your going to do come voting time? I am not to thrilled with my choices. With the issues on immigration, America's involvement in the Middle East, and the National Debt......I am not sure there is a candidate out there who will do what he/she says they will do. And, can we afford it?
I am concerned about the family. I want to know what is going to happen with education and what cultural issues my granddaughter will face in 16 years. I've just written a new lens and would like feedback regarding it. Take a moment and visit www.squidoo.com/generationborn2008